About the Estate Planning Attorneys at the Law Offices of Michael Kuldiner, P.C. 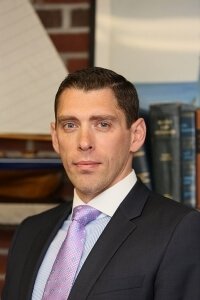 Michael has been a long time resident of the Lower Bucks County area. He attended Franklin and Marshall College in Lancaster, Pennsylvania, then New England School of Law in Boston. There, he completed his degree in only two and a half years, making him one of the youngest lawyers admitted to the Bar in Pennsylvania. Upon receiving his Juris Doctor, Michael established his own law practice to serve residents of Bucks, Montgomery, and Philadelphia Counties. His practice is now focused heavily in the area of divorce and other family law matters.

Michael has in-depth knowledge in family law matters such as divorce, support and custody. He is also part of the expanding field of collaborative divorce and has completed his certification in this discipline. Michael has been recognized by his clients/colleagues as a “SuperLawyer”, nominated for the Bucks Happening, “Best Of” list and was selected into The National Trial Lawyers: Top 40 under 40 list. As a licensed title agent and real estate broker, Michael also possesses a wealth of experience in the area of real estate law.

While Michael holds many professional roles such as real estate broker, title agent, attorney, Michael’s role of father to his young daughter is one he prides himself on the most. A New Jersey shore enthusiast, Michael enjoys visiting the beaches and spending quality time with his family. Michael is also very active in his community as well as an avid supporter of charitable organizations such as The Children’s Hospital of Philadelphia, Special Olympics, Susan G. Komen for the Cure and Bucks County’s Wags Dog Rescue and Referral. View Michael Kuldiner ‘s Google Plus Profile. 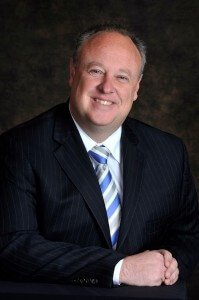 Michael joins the firm with over a decade of experience in litigating family law and civil matters in Bucks, Montgomery, and Philadelphia Counties. His area of emphasis has focused on representing women and children of domestic violence. He also brings comprehensive experience in medical malpractice and other areas of law.   His experience evolved out of law school with time spent clerking for the Philadelphia Court of Common Pleas, and moving on to a medical malpractice defense firm in Fort Washington. Following this position, Michael became a Solicitor for the Office of Chief Counsel for the Commonwealth of Pennsylvania.

Born and raised in Philadelphia, Michael graduated from Archbishop Ryan High School. A graduate of Villanova University School of Law and Temple University, Michael continues to work and reside locally. After completing his studies, he and his wife moved to Bucks County where they are raising their two children.

As an active member of the community, Michael takes time to serve on the Board of Directors for two different boards. While he maintains many professional roles, he also enjoys spending time with his family and coaching both basketball and soccer for the past ten years.

– United States District Court for the Eastern District of Pennsylvania